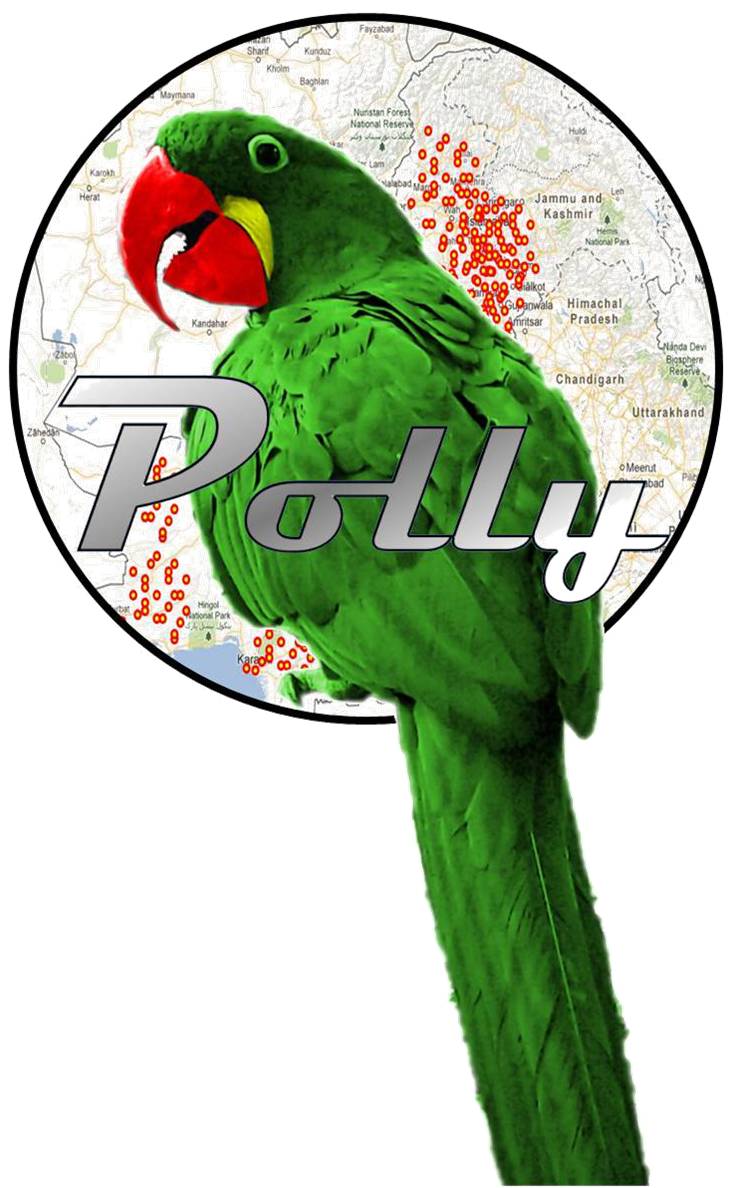 The phone project, called Polly, began operating in March through the U.S. Embassy in Guinea, where the current Ebola epidemic began in December 2013 and where people are still grappling with the outbreak. This week, Polly is part of an anti-Ebola campaign in Forecariah, a territory in western Guinea hard hit by the virus.

Originally developed by LTI Professor Roni Rosenfeld and Agha Ali Raza, a Fulbright scholar who just completed his Ph.D. in language technologies, Polly is simple in concept: a caller records a message and Polly adds funny sound effects, such as changing a male's voice to a female's voice (or vice versa), or making the caller sound like a drunk chipmunk. The caller can then forward the message to one or more friends, who in turn can forward it along or reply to it.

To use Polly, someone only needs access to a simple phone, widely available even in developing nations, and need not be able to read or write. Polly thus has the potential to "go viral," becoming an important means of communicating with large numbers of illiterate and semi-literate people in remote areas.

In Pakistan, where Polly was first launched three years ago, and later in India, the phone service linked people with recordings of job advertisements. In Guinea, Polly links to health information recordings, initially provided by the U.S. Centers for Disease Control and Prevention and, more recently, by Guinea's own Ebola Coordination Unit.

Rosenfeld said he and Raza, along with LTI graduate students Nikolas Wolfe and Juneki Hong and LTI Associate Professor Bhiksha Raj, began adapting Polly to the health application last year, as they watched in dismay as the Ebola epidemic spread.

"We knew that one of the problems was a lack of information, particularly in remote areas and in the local languages, which was exactly what we try to alleviate with Polly," Raza said. "Our hope is to reach enough people to make the epidemic weaker."

As a Muslim, Raza also saw it as an obligation to help. "I don't know if we'll be successful, but I just want to make sure that I have tried my best," said Raza, who is returning to his native Pakistan to join the faculty of Information Technology University, Lahore.

Working long hours on a shoestring, with some support from the LTI and from Raza's Fulbright scholarship, the group has now implemented a version of Polly featuring the funny voices and others that provide information to the general public and to health care workers.

Though community health care workers have undergone training, almost all educational material is only in French, the language used for official communications in Guinea. By providing them with information in seven locally spoken languages, Polly can serve as a memory aid or, when someone questions the workers' advice, provide a message that has the ring of authority.

Once it's accepted as a reliable source of information, Raza said Polly could be used to respond to all sorts of emergencies and for a variety of communications.

"The embassy definitely views the project as a long-term investment," said Kimberly Phelan Royston, U.S. Embassy Guinea's spokesperson. "Guinea is gearing up for presidential elections in October, and we see potential to use Polly for a get-out-the-vote campaign where users can connect with friends and family to encourage them to go and vote, for reporting instances of voting fraud, and as a reference manual for poll workers."

The technology behind the service is inexpensive. In fact, the biggest expense is air time, Rosenfeld said. One reason it was deployed first in Asia is because calls cost just one or two cents a minute there. Until recently, air time in Africa could cost 25 cents or more per minute.

"To us, getting inexpensive air time is critical because we're going to be making hundreds of thousands of calls," Rosenfeld said. "We're targeting people who might make one or two dollars a day, so we can't make users pay for it."

More information on Polly is available on the project website. The Language Technologies Institute is part of Carnegie Mellon's School of Computer Science.