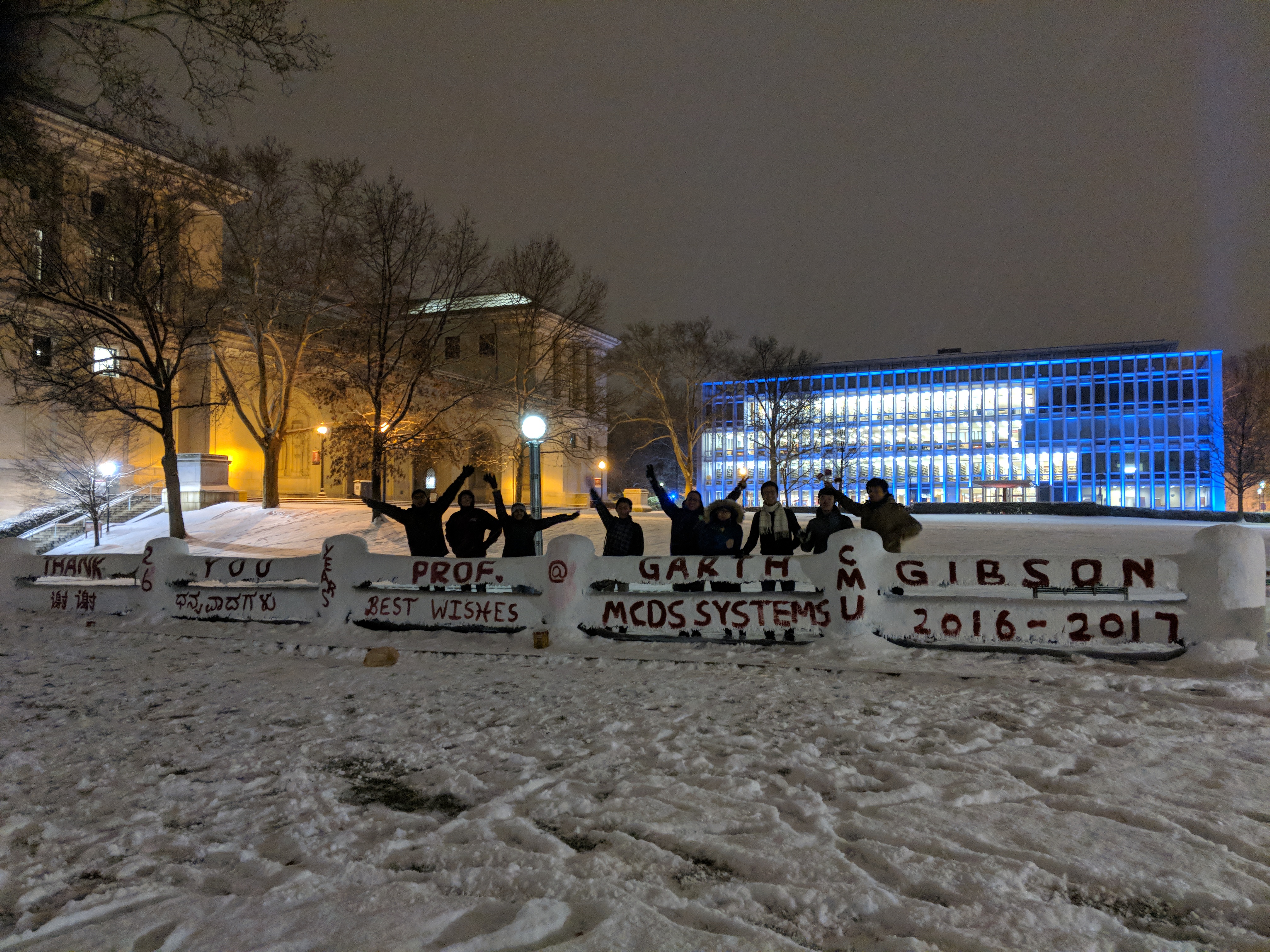 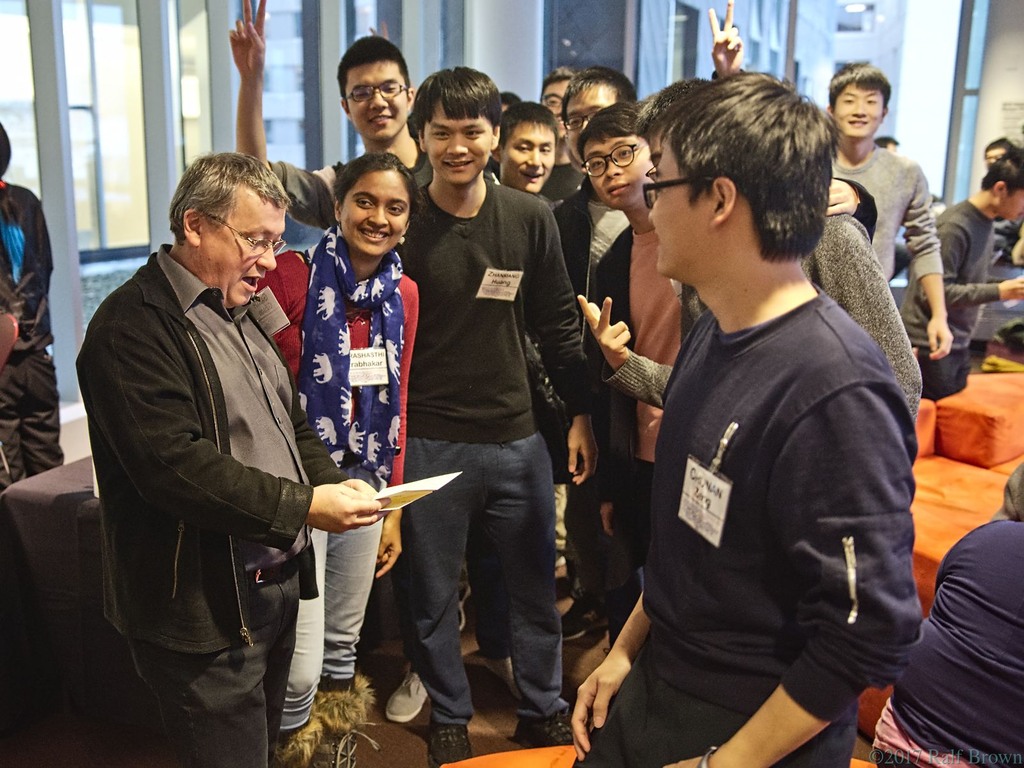 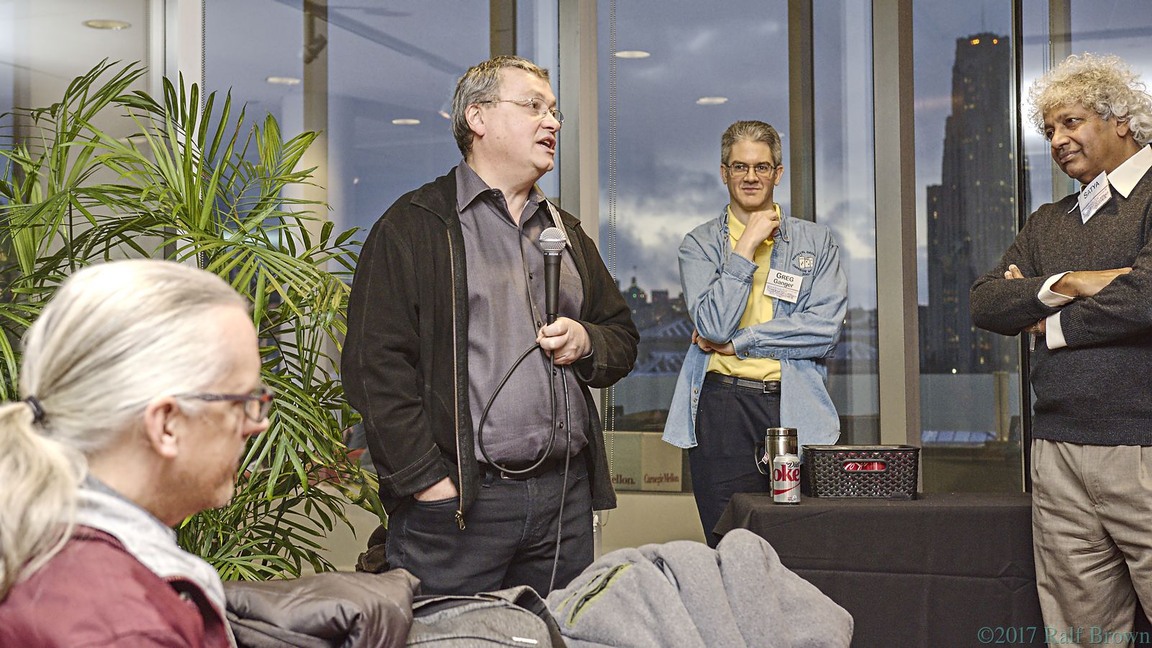 Students in the MCDS Systems major took to the Cut in December to honor Prof. Garth Gibson. Several students participated in the University's "Fence painting" tradition to thank Gibson for his 26 years of service at CMU. "Thank You Prof. Garth Gibson - Best Wishes - MCS Systems 2016-2017" read the Fence, also noting the length of time he spent at CMU before departing to become the CEO of the new Toronto-based Vector Institute for Artificial Intelligence, a venture jointly funded by industry and the government of the Candian province of Ontario. The MCDS program also hosted a reception for students and colleagues to express their gratitude and well wishes for Prof. Gibson.